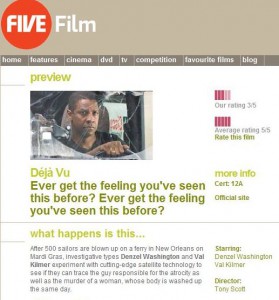 As editor I worked with a design agency and Channel Five to establish the visual elements of the site and agree that all-important tone of voice – which, being Channel Five, was written tongue firmly in cheek. I had the joys of attending screenings, interviewing talent (as they’re cringingly known), writing all content, sourcing imagery and videos, co-ordinating competitions and the ongoing management of the site.

It was a blast, but unfortunately when the recession hit in 2008 and they lost sponsorship, the plug was pulled. I see my stint as editor of the site one of the most enjoyable of my career. Even if I did have to sit through an inhumane amount of Steven Segal films. 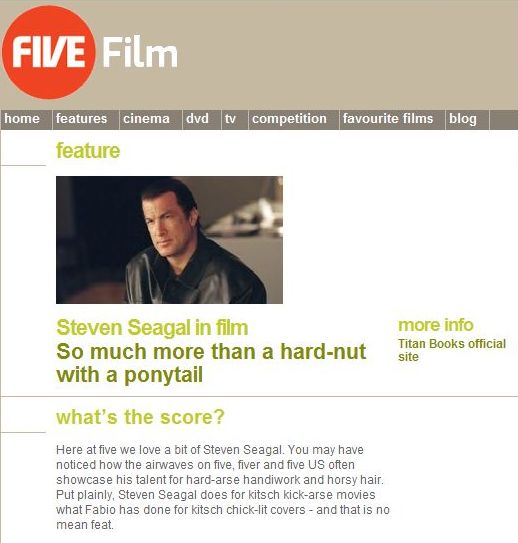 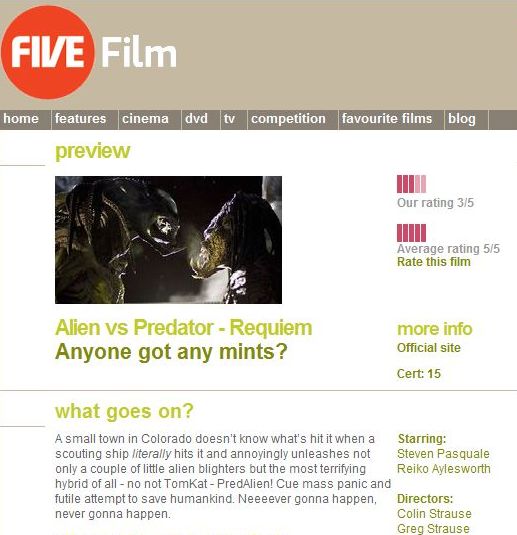 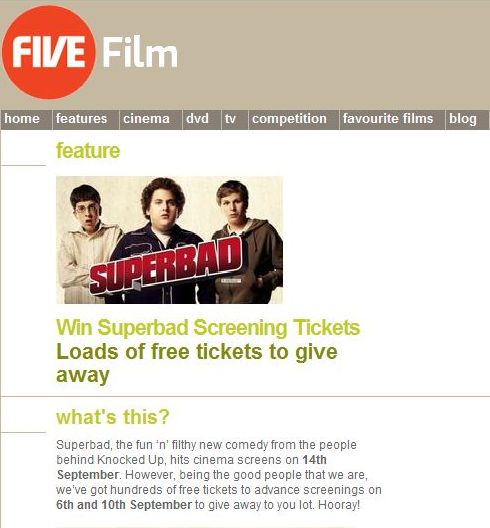 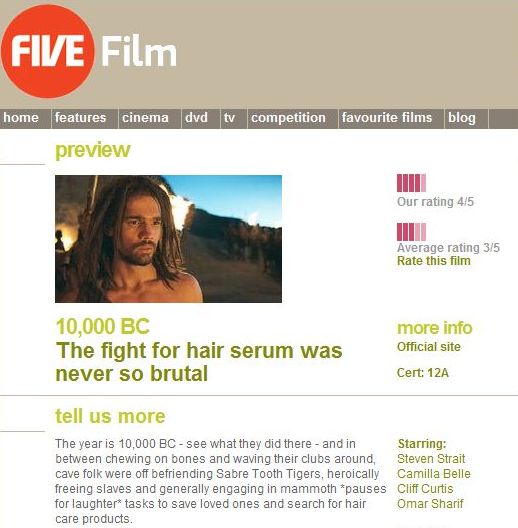 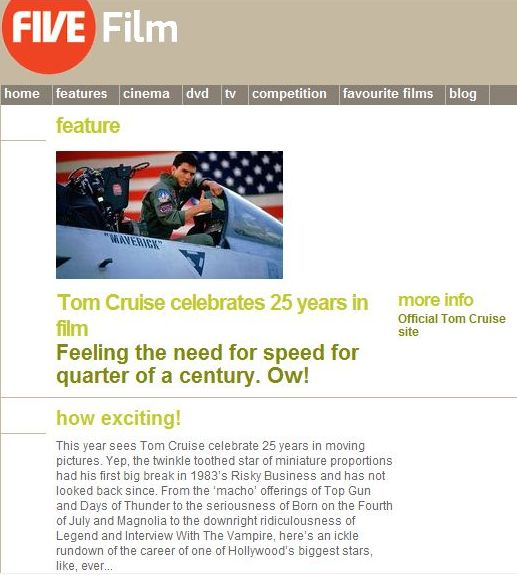