While living in South Korea from 2011 – 2012, I provided overflow support for ex-colleagues during periods of high workload. One of those projects was writing short, snappy film synopses to feature on the Vue Cinemas website. 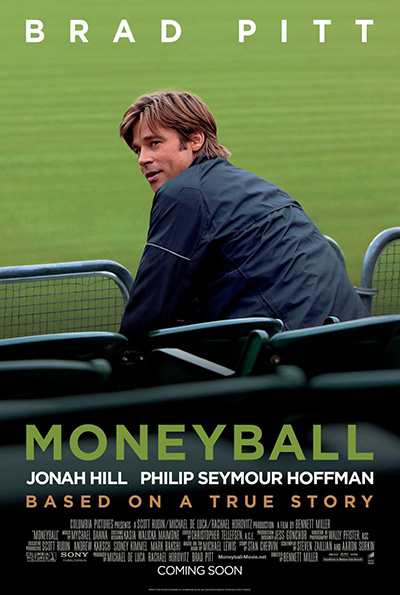 Why see it? Because it’s a feel-good baseball movie classic from the producers of The Social Network.

A gone-to-seed baseball player turned cash-strapped coach defies the odds to create a winning team out of nothing but a computer whizz and un-wavering self belief.

Moneyball is the extra-ordinary true story of one baseball coach’s struggle to draft winning players using a pioneering, but risky, computer generated system. Billy Beane (Brad Pitt) is manager of ailing team the Oakland A’s, who has to think outside of the batter’s box if he’s going to win a game this season. With no budget and little hope for the future, Beane meets economics whizz Peter Brand (Jonah Hill). Using stat analysis, the team can bag the best unknown players for bargain basement prices. Controversial tactics indeed, but one that changed the face of baseball forever. 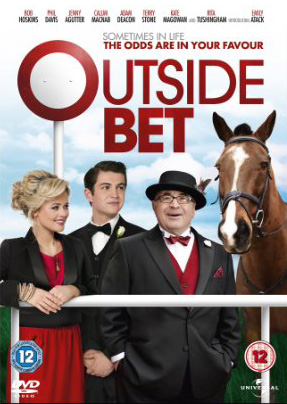 Why see it? Because it’s a winning Brit-flick with a meaningful moral.

It is 1980s Britain and a group of life-long friends find themselves jobless and hopeless… Until they spend their redundancy pay-out on a racehorse.

Outside Bet follows life-long friends as they weather the storm of the mid-80s, when unemployment, strikes, privatisation and social unrest hog the headlines. Each affected by the turmoil, the friends find themselves with only a bad redundancy package and their weekly bevvy for comfort. Jobless and hopeless their luck may be about to change when they are offered a chance to buy a racehorse. Egged on by Bax (Jenny Agutter), the group plough their pay-outs and savings into training the horse. After all, life is too short not to take risks. But with the final race a photo finish, is it a risk that pays off?

Why see it? Because it’s the star-studded dance-a-long follow up to the 2006 hit.

Mumble, the Fred Astaire of penguins is back for new adventures and more dance-offs in Happy Feet Two, the sequel to the Oscar-winning smash hit.

Happy Feet Two sees the return of dancing penguin Mumble (Elijah Wood) and his loveable comrades as they battle to save Antarctica from powerful forces that threaten life as they know it. As if things couldn’t get more complicated, Mumble’s dance-ophobic son Erik runs away from home, only to find a new role model in the super-cool flying penguin The Mighty Sven (Hank Azaria). Keen not to lose the respect of his son, Mumble takes on the bigger problem threatening their existence, and rallies together penguin nations in what will be the fight of their lives. Sure fire fun for all the family. 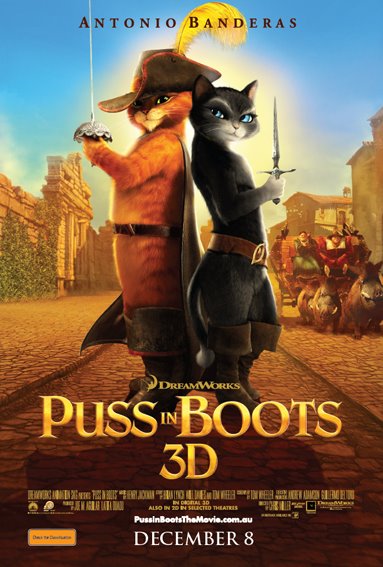 Why see it? Because it’s an action-packed Dreamworks classic purrfect for both kids and adults.

The kitty who likes to live his nine lives on the edge, Puss in Boots pairs up with some unlikely sidekicks to save the world from two murderous outlaws.

Puss in Boots reveals the legend behind the legacy of one of the best-loved characters from Dreamworks’ classic Shrek movies. The film follows Puss (Antonio Banderas) on his brave and noble quests long before he met Shrek. Fighting evil in far flung places and embarking on awesome adventures are all part of a day’s work for Puss. But when two nasty outlaws Jack and Jill discover a secret that can destroy the world, is it more than the sword-fighting furrball can handle? Not if his sidekicks Humpty Dumpty (Zach Galifianakis) and Kitty Softpaws (Salma Hayek) have anything to do with it. 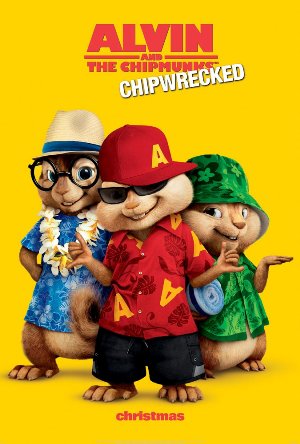 Alvin and the Chipmunks: Chip-Wrecked

Why see it? Because it charts the latest adventures of everybody’s favourite cheeky chipmunks.

When the onboard antics of Alvin and the Chipmunks manage to wreck their cruise ship on an island, the terrible trio discover there’s more to the ‘deserted’ paradise than meets the eye.

Alvin and the Chipmunks: Chip-Wrecked is the third instalment in the popular series following the singing critters. When the long-suffering Dave Seville (Jason Lee) takes the Chipmunks on a cruise, the singing trio and their companions, the Chipettes, wreak havoc. But the real chaos ensues when one of the Chipmunks falls overboard and they all end up marooned on an island. Far from being deserted, it seems the island is much livelier than they thought. A family frolic in time for Christmas, be sure to listen out for some classic ‘Munked versions of chart toppers, including Lady Gaga. 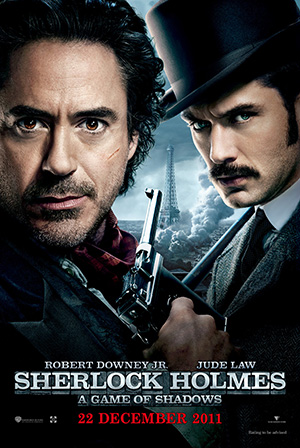 Sherlock Holmes: A Game of Shadows

Why see it? Because it is Guy Ritchie’s bigger, better, belter of a sequel.

Always one step ahead, the cunning Professor Moriarty proves himself as Sherlock Holmes’ and Dr. John Watson’s fiercest foe yet.

Sherlock Holmes: A Game of Shadows is a visually stunning, action-packed follow up to 2009’s big screen hit. When the Crown Prince of Austria is found dead, Sherlock Holmes (Robert Downey Jr.) and the Dr. Watson (Jude Law) combine their brains and brawn to catch new criminal mastermind on the block, Professor Moriarty (Jared Harris). As always, the renowned detective tackles the case head on, mixing a little business with a little pleasure along the way, but will he catch the Professor before he commits his final dastardly deed? An adrenalin fuelled, distinctively Guy Ritchie take on this classic series.